Thank you for your information.
We will get back to you soon. 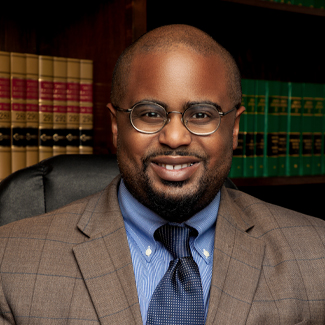 Alex Kinlaw III was born and raised in Greenville, SC. After graduating from the University of South Carolina in 2012, Alex returned to his hometown of Greenville and entered private practice. His primary areas of practice are Family Law, Personal Injury, Probate, and Criminal.

Outside of the legal profession, Alex enjoys traveling, cooking, and playing tennis. He is also a member of Reedy River Missionary Baptist Church, in Mauldin, South Carolina.

Attorney Kinlaw has spent his entire career dedicated to the areas of family law and criminal law. He has handled numerous custody cases against the South Carolina Department of Social Services (DSS), and has assisted several indigent clients as a contract attorney through the Private Attorney Involvement Program within South Carolina Legal Services. He has also handled a plethora of criminal matters, including, but not limited to, DUI's, Assault and Battery, Criminal Domestic Violence, and Armed Robbery. In 2016, Attorney Kinlaw was appointed to serve as a Pro Bono Attorney for indigent Defendants in the City of Fountain Inn, South Carolina.

Let us take care of your legal problems so you can worry less and live more..